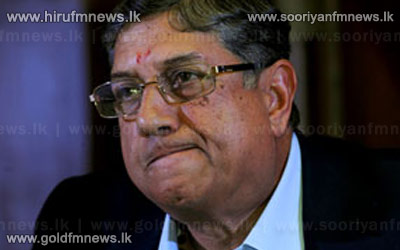 In a major relief to the Board of Control for Cricket in India, the Supreme Court has allowed N. Srinivasan to assume office as Board chief.

The apex court said Srinivasan was elected "democratically" and there were no direct charges of corruption against him.

On completion of his two-year term, Srinivasan had unanimously won a years extension at the Boards Annual General Meeting in Chennai on September 29th.

After deliberating for weeks, the Supreme Court has finally cleared Srinivasan on the understanding that he will not interfere in Indian Premier League-related matters.