Yuvraj Singh fires India to win over Australia in Twenty20 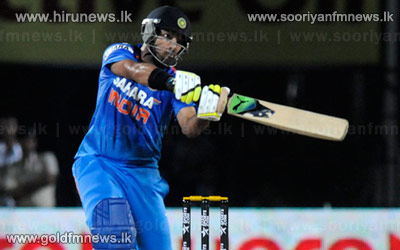 Yuvraj Singh, playing in his first international since January, scored an unbeaten 77 as India beat Australia by six wickets in their Twenty20 meeting in Rajkot.

The 31-year-old, who had taken further time off to work on his fitness following cancer treatment last year, reached his total off 35 balls as India passed Australias 201 with two balls to spare.

The tourists lost momentum after Aaron Finch fell for 89 in the 17th over and did not exploit a promising position.