You can t compare anyone with Sachin Tendulkar, says Shahid Afridi 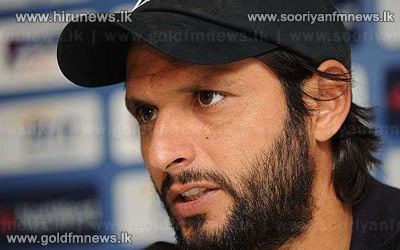 Pakistans flamboyant all-rounder Shahid Afridi led the tributes for Indias batting maestro, Sachin Tendulkar who announced yesterday that he would end his Test career after playing in his 200th test.

Tendulkar, who made his debut at the tender age of 16, is set to retire after he completes a record 200 Tests. He is the leading Test run-scorer with 15,837 runs.

The all-rounder who quit playing Test cricket in 2010 said the Indian had been among his favorite players with West Indian Brian Lara and he enjoyed watching him bat.