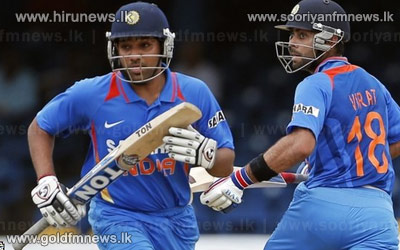 India pulled off the second-highest run chase in one-day internationals to thrash Australia by nine wickets and level their series at 1-1.

The hosts surged to their target of 360 with 39 balls to spare as Virat Kohli smashed the fastest ODI century by an Indian from just 52 deliveries.

Rohit Sharma struck the winning runs to finish on 141 not out after Shikhar Dhawan weighed in with 95.

The highest run chase is South Africas 438-9 against Australia in 2006.