Pele gets emotional after launching 15 kg book written on him 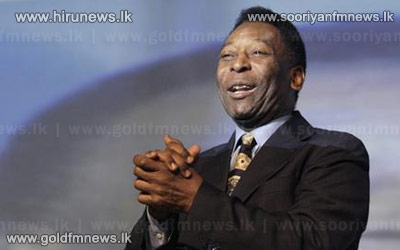 Brazilian football legend Pele broke down and burst into tears on Wednesday as he recalled his celebrated career during the launch of a book about him that weighs 15 kg and is worth USD 1,700.

The 500-page limited edition book about the player, widely regarded as the greatest ever, is titled "1283", the number of goals Pele scored in his career, and comprises 1283 texts.