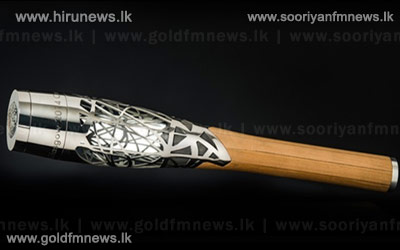 The Queens Baton Relay ,for the 2014 Commonwealth Games to be held in Glasgow next year, arrived in Sri Lanka yesterday.

The baton, which was received by Sri Lankan Olympic Committee officials at the Colombo international airport , was taken to the Independence Square by the former national hurdler Sriyani Kulawansa.

This morning the baton was taken to Kandy by a special train, which stopped at Veyangoda, Polgahawela, Rambukkana and Kandugannawa railyway stations where special receptions were hosted by communities.

From Sri Lanka, the baton will be heading to the Maldives capital, Male.