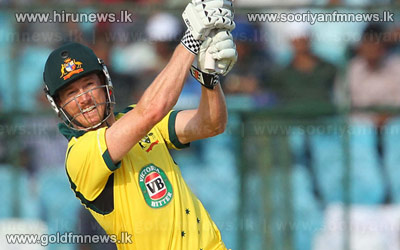 Australia allrounder Glenn Maxwell has praised his captain George Bailey for being an upbeat and consistent leader, and said that he has settled into Michael Clarkes role at the helm quickly.

Bailey, Australias T20 captain, stepped in as the ODI leader for the tour of India after Clarke was ruled out due to a chronic back problem.

The selectors had wanted Clarke to recover in time for the upcoming Ashes.

Bailey had captained Australia in the bilateral ODI series against Sri Lanka earlier this year and the recent Champions Trophy.