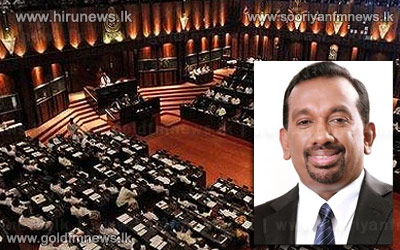 The draft consensus against using invigorating substances in athletics Act was passed in parliament yesterday without calling for voting.

While sports Minister Mahindaananda Aluthgamagey presented the draft Act, it was subjected to debate and subsequently passed with amendments.

Minister Aluthgamage addressing the chambers made a revelation regarding athletes who take illegal substances.

He stated that athletes eat Radish after taking illegal substances.