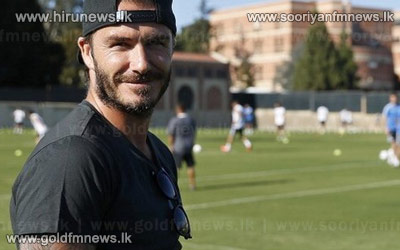 David Beckham has chosen Miami as the location for the Major League Soccer team he intends to set up.

The former England captain is thought to be able to buy the US franchise for a discounted 25 million dollars from MLS.

The 38-year-olds option to purchase a franchise is believed to be part of the financial package he negotiated when he joined LA Galaxy in 2007 as a player.

Beckham said he was "excited" by the prospect of Miami when he visited Florida in June.