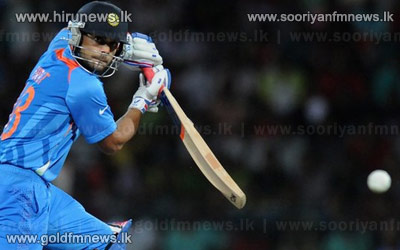 Virat Kohli and Shikhar Dhawan starred as India once again successfully chased a massive target against Australia. Australia made 350 for 6 in Nagpur, thanks to centuries from Shane Watson (102) and skipper George Bailey (156). But after Dhawan made 100 from 102 balls, Kohli smashed an unbeaten 115 from only 66 to guide the hosts home with six wickets and three balls left. Two weeks ago India made 362-1 to win in Jaipur - the second-highest one-day run chase in the history of the game.