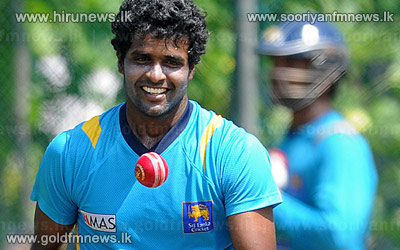 Shaminda Eranga, the Sri Lanka fast bowler, has been left out of the squad for the first two ODIs against New Zealand later this month.

Newcomer Ashan Priyanjan, the 24-year-old middle-order batsman, and oppener Dimuth Karunaratne, who played the last of his two ODIs in 2011, have both been included in the 16-man squad.

Karunaratne and Priyanjan enter the side through the force of their List A performances in 2013.

Test opener Karunaratne hit 271 runs at an average of 90.33 in a recent three-match series against New Zealand A, while Priyanjan averaged 44.