Rohit Sharma creates record for most sixes in an ODI 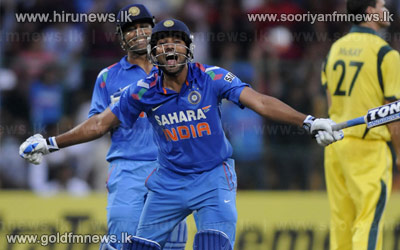 India's Rohit Sharma created history by slamming highest number of sixes by any batsman in a One-Day International, against Australia in the seventh match at the Chinnaswamy Stadium in Bangalore.

Rohit poweredIndia to a mammoth total of 383 for six in the final ODI of the seven-match series.

Australia replied with 326, and though they lost by a sizeable margin in the end, they did not lose the six-hitting contest.