Video : Sachin dismissed for 74 in his final Test 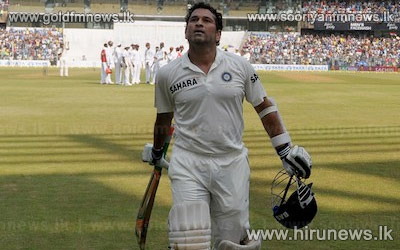 Sachin Tendulkar was dismissed for 74 in what is likely to be the final innings of his record-breaking career.

Tendulkar, in his 200th and final Test match, seemed destined for his 101st international century as he resumed on 38 against West Indies.

However, there was stunned silence inside the Wankhede Stadium when he edged Narsingh Deonarine to first slip where Darren Sammy took a sharp catch.