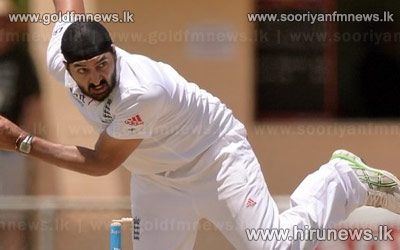 The ground announcer for England's drawn tour match in Alice Springs was stood down by Cricket Australia for racially mocking Monty Panesar during day two of the game.

David Nixon introduced the England spinner in an Indian accent when he came on to bowl.

Cricket Australia deemed the conduct of the PA announcer as inappropriate.

Nixon, a producer for the Australian Broadcasting Corporation, had been using a sarcastic tone throughout the match against the CA Chairman's XI and was cautioned during Friday's play for teasing England batsman Joe Root.