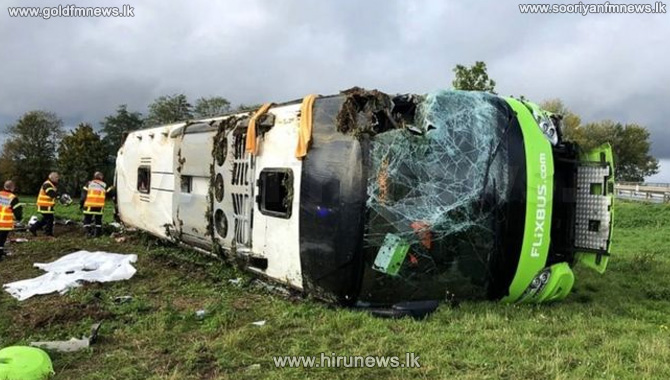 A Sri Lankan national is among 33 people injured after a bus travelling from Paris to London overturned in northern France.

Four people were seriously injured and 29 others wounded when the FlixBus coach toppled at an exit near Amiens on the A1 motorway on Sunday morning.

Northern Ireland couple Jamie Kerr and Gemma Given, both 20, were treated in hospital for head and hand injuries.

The coach was also carrying 11 people from France, five from the US, two from Romania, and one each from Spain, Australia, Mauritius, Japan and Sri Lanka. They were taken to local hospitals.