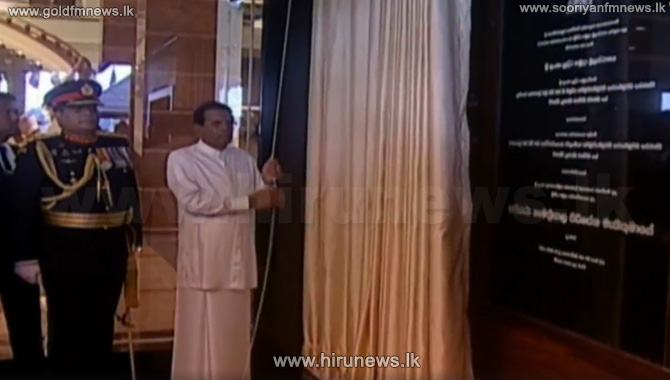 The new Sri Lanka Army Headquarters building which was constructed with ultra-modern facilities was declared open by President Maithripala Sirisena.

With the objective of locating the Army, Navy and Air Force tri-forces at the same Headquarters in the same place, the new Army Headquarters building was constructed on a 77 acre premises in Pelawatte – Akuregoda.

The foundation stone for constructing the State Ministry of Defence and the headquarters for the tri-forces was laid on 11 March 2011.

The estimated cost of the construction was Rs. 53.3 billion, and it was implemented as the largest building project carried out up to now in Sri Lanka.

Accordingly, main offices of the Sri Lanka Army Headquarters spread across various areas of the island at present will be established soon within this complex.