Consideration of court cases against Galagoda thero postponed to next year 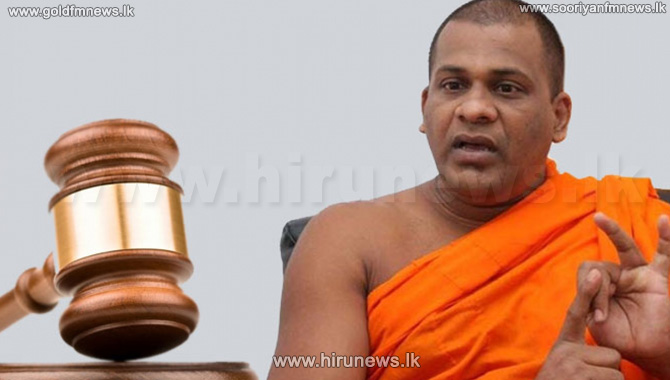 The case filed against three persons including the General Secretary of the Bodu Bala Sena Organization, Venerable Galagoda Aththe Gnanasara thero by Member of Parliament of the Tamil National Alliance Shanthini Skandarajah has been specified to be taken up for hearing on 27 February next year by the Appeal Court.

When the relevant case was taken up for hearing, President of the Appeal Court Yasantha Kodagoda and Judge Arjuna Obeysekera issued this order, our Hiru Correspondent said.

A case was filed at the Appeal Court by Shanthini Skandarajah against Galagoda Aththe Gnanasara thero, Superintendent of Police of Vavuniya and Inspector of Police of the Mullaitivu Police Headquarters stating that the cremation of the Chief Incumbent of the Mullaitivu – Gurukanda temple was held violating Court Orders.

According to notice issued to three defendants including Gnanasara thero in connection with this case at the Appeal Court, our Court report said the three were present in Court today.

The Appeal Court also informed them to be present in Court when the case will be called up for hearing again on 27 February next year.

Our Hiru Court Correspondent said that at the same time, it was ordered to issue notice to the Attorney General to be present at the Appeal Court on this particular date to assist in the Case.