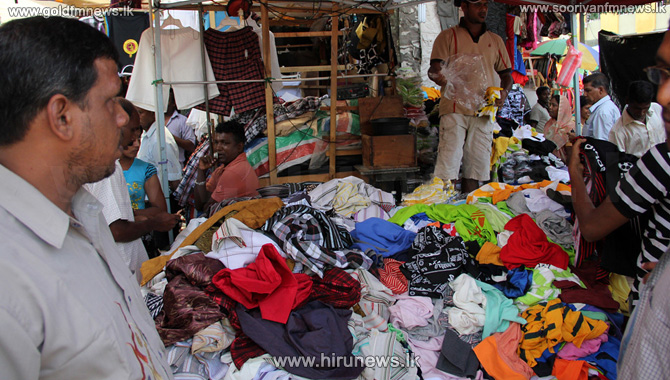 The Consumer Affairs Authority has raided a place in Pettah – Malwatte Road where used clothes are washed and cleaned and labelled as new and were being packed for marketing.

The Assistant Director of the Consumer Affairs Authority Priyantha Wijesinghe said that the place was raided on a tip-off received by the Western Intelligence Division of the authority.

One of the garments labelled as new and packed for distribution to the market is being sold at Rs. 100 each wholesale price. During initial investigations it was revealed that in the open market it is sold at Rs. 150 each.

The Assistant Director of the Consumer Affairs Authority Priyantha Wijesinghe requests the people provide information to the number 1977 hotline, as such fraudulent activities could take place during the upcoming festive season.