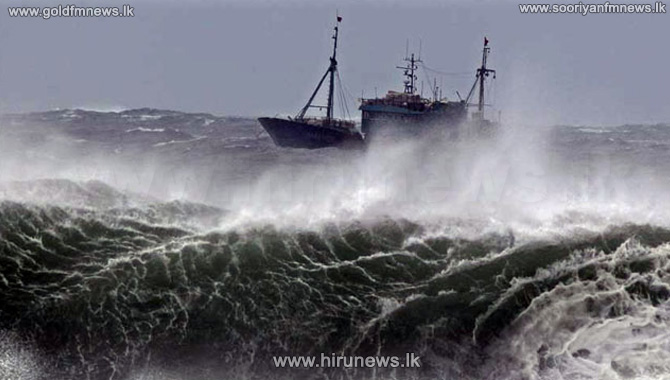 Since the cyclone in seas of the Bay of Bengal ‘Bul Bul’ has become very strong, the Meteorology Department warns fisher and naval communities not to engage in operations in these seas.

The cyclone will develop further in the upcoming 24 hours and there is a possibility that it will travel towards West Bengal of India and the coast of Bangladesh, it was mentioned in a statement issued by the Meteorology Department.

The Department said that as a result there will be frequent rain in the seas of the Bay of Bengal and strong winds with speeds between 80 to 100 kilometers per hour could occur.

It was also mentioned in the statement that the speed of these winds could increase to between 120 – 130 kilometers per hour from time to time.