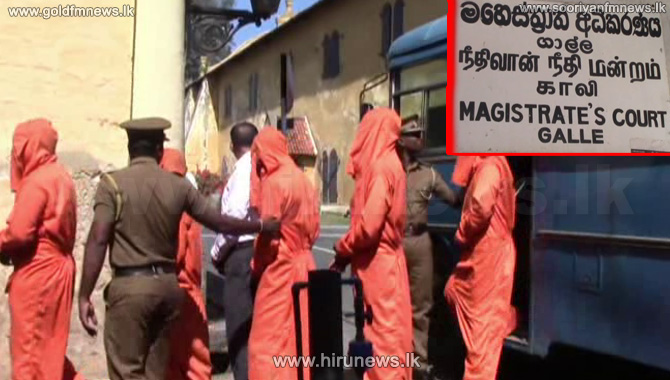 The seventeen suspects in the Rathgama double-murder case have been remanded once again until 22 November.

This was subsequent to these suspects being produced before the Galle Chief Magistrate Harshana Kekunawela today.

The individuals who were remanded again were 17 including former Officer-In-Charge of the Southern Province Special Crimes Investigation Unit.

Asela Manjula Kumara and Rasith Chinthaka, residents of Rathgama – Rathna Udagama were abducted on 23 January and killed and burnt. These are the charges made against the suspects.