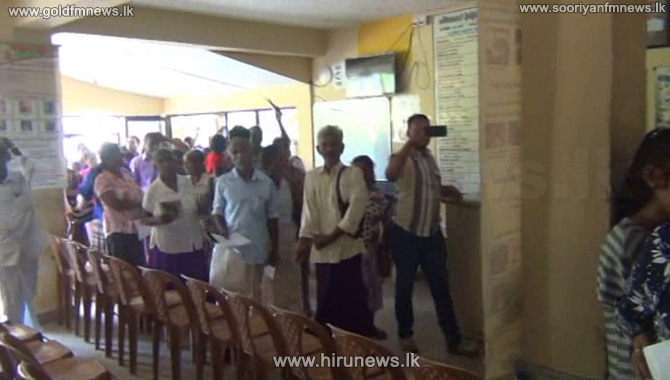 The Nursing Staff of the Hambantota District General Hospital have not reported for work for the last three days and are engaged in a strike. This has resulted in a severe impact on the treatment of patients at this hospital.

Due to a problem that arose because of the nursing staff occupying the newly constructed Chief Pharmacist’s quarters at the Hambantota Hospital conflictive situations arose between the two factions on several occasions.

It was subsequently that the Court ordered that the key of these quarters be handed over to the Director of the Hospital.

Later, expressing objection to the hospital administration, the nursing staff launched a strike and the Director of the Hospital Dr. Ravindra Abeysuriya said that emergency treatment services are being carried out by doctors intervening and carrying out services of the nurses.