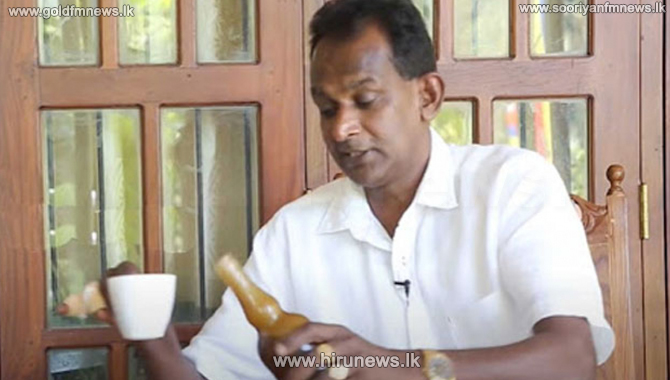 Co-Cabinet Spokesman Minister Dr. Ramesh Pathirana states that the formula developed by Dhammika Bandara to control corona has been approved by the formula committee of the Department of Ayurveda.

He was responding to a question raised by a journalist at a media briefing held at the Government Information Department today (22).

However, the Co-Cabinet Spokesman further stated that no state sponsorship has been given to this syrup so far.

The syrup developed has been controversial and various views had been expressed leading it to be freely distributed which was subsequently stopped.

The process, origin, the formula and the conduct has come under much scrutiny, especially as scientist world over keep testing their solutions to ensure that it is near 100% effective and safe for use without any serious after effects.

The absence of a clear process with regard to this syrup has bewildered many while some keep flocking for a desperate solutions as the nation battles a more hard hit second wave.