US executes only woman on federal death row 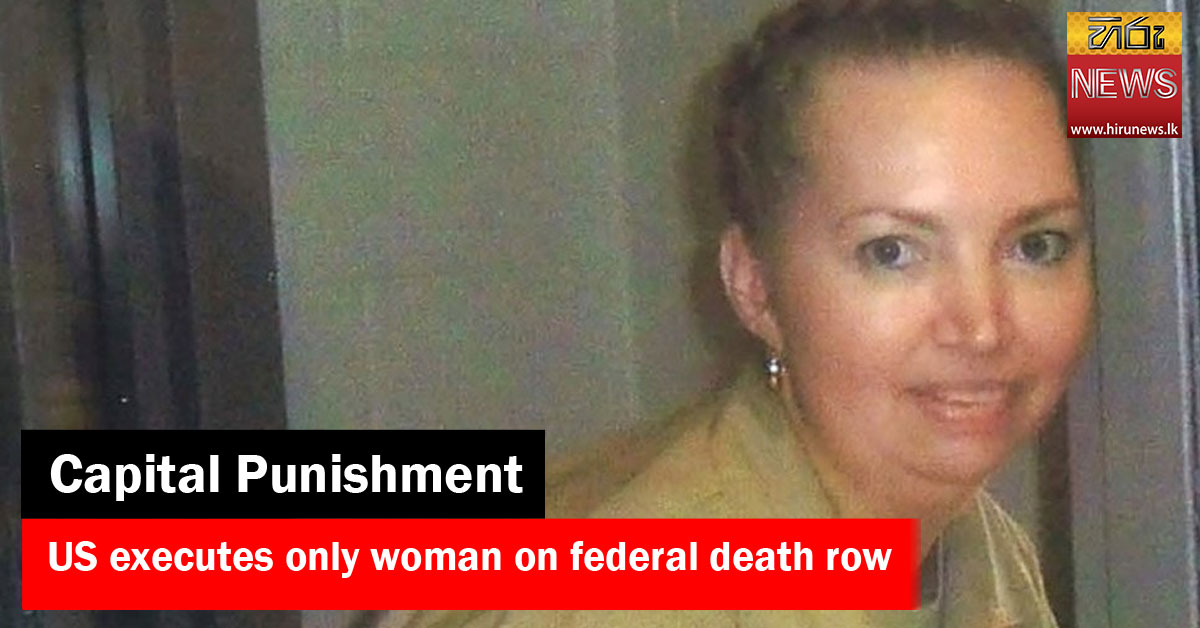 The only female inmate on federal death row in the US, Lisa Montgomery was executed by lethal injection today (13).

She received a lethal injection at a prison in Terre Haute, Indiana, after a last-minute stay of execution was lifted by the US Supreme Court.

Montgomery’s case gained traction as her lawyers argued that their client was mentally ill and had suffered serious abuse as a child.

She was sentenced to death after being found guilty of the murder of a pregnant mother and ‘kidnapping’ her child in 2004.

She killed 23-year-old Bobbie Jo Stinnett in Skidmore, Missouri, after befriending the pregnant woman online over a shared love of dogs. After driving to Stinnett's house, Montgomery overpowered the pregnant woman, strangled her with a piece of rope, and cut the baby out of her womb.

Police found Montgomery cradling a new-born girl she claimed to have given birth to the day before. After her story fell apart, she confessed to the killing.

She was found guilty of the crime in 2007. The next day, she was sentenced to death.

According to witnesses, when inquired if she had any last words, Montgomery had only replied with, “no,” and nothing else.
In a statement, Montgomery’s lawyer stated "The government stopped at nothing in its zeal to kill this damaged and delusional woman."

Meanwhile, Montgomery is the first female inmate to be executed in nearly seven decades following the resumption of capital punishment by President Donald Trump after 17-year hiatus.