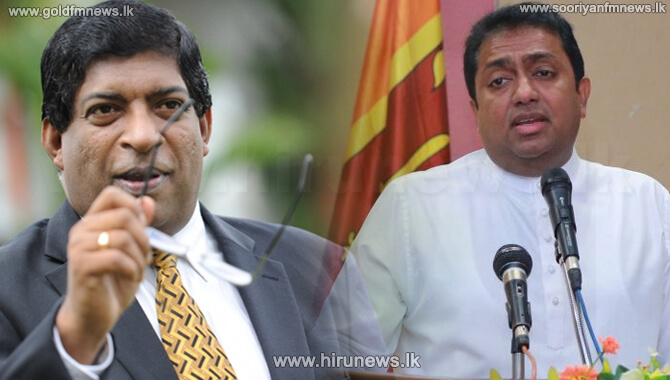 The new office bearers of the United National Party were appointed today and Ravi Karunanayake who was the Deputy Leader of the party was replaced.

The Working Committee of the United National Party met this morning at the Sirikotha party headquarters to elect new officers.

Ruwan Wijewardene has been re-appointed as the Deputy Leader.

Also, Shamal Senarath, who was the Acting General Secretary, has been appointed as the Chief Executive Officer of the party.

Ranil Wickremesinghe will continue to lead the UNP.

In addition, Arjuna Ranatunga and D.M. Swaminathan have been appointed as senior vice presidents of the party.

Daya Gamage and Sagala Ratnayake have been appointed as Vice Presidents.

The UNP Working Committee has also decided to appoint Nalaka Kolonne as the Deputy General Secretary, Nissanka Nanayakkara as the Legal Secretary and Sandith Samarasinghe as the Secretary for International Affairs.

Steps have also been taken to appoint Dr. Karunasena Kodithuwakku as the Chairman of the Policy and Research Division of the United National Party.

However, Navin Dissanayake told the Hiru news team that he has not accepted the post of National Organizer today and that a decision will be announced within 10 days.