US impeachment : "a clear and present danger" to the country - Nanci Pelosi 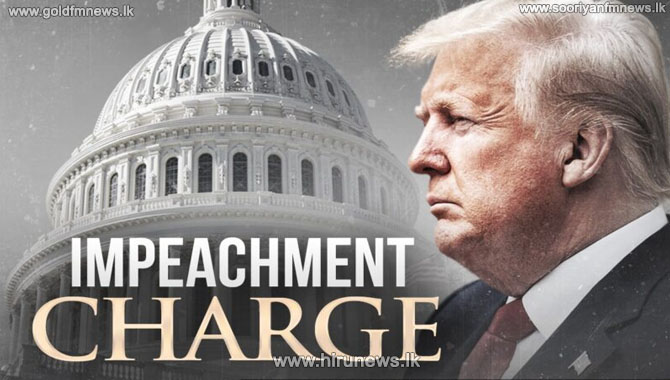 The US House of Representatives has begun a debate on impeaching President Donald Trump over his role in last week's storming of Congress.

Democrats in the House of Representatives are charging President Trump with "incitement of insurrection" for his role in last week's deadly Capitol riot.

The House will vote today to impeach President Trump a second time. Democrats are charging him with "incitement of insurrection" for his role in last week’s deadly Capitol attack.

House Speaker Nancy Pelosi started the House debate over the article of impeachment against President Trump by saying that Trump is "a clear and present danger" to the country.

"Then came that day of fire we all experienced. The President must be impeached," she said.

"We know that the President of the United States incited this insurrection, this armed rebellion against our common country. He must go, he is a clear and present danger to the nation that we all love," Pelosi said.

"I believe the President must be convicted by the Senate, a constitutional remedy that will ensure the republic will be safe from this man who is so resolutely determined to tear down the things we hold dear and that hold us together," Pelosi continued.

Trump will stay in office and likely finish out his term because it takes a Senate conviction to remove him even after he’s been impeached.

A simple majority of the House of Representatives is enough to impeach him - but to remove him from office, he then needs to be convicted of those charges by the Senate, where a two-thirds majority is not guaranteed.

This is the second time Trump will have been impeached, and even though a trial could begin after his term ends, a conviction could mean he is barred from holding public office again.

Read the full article of impeachment from the link below;
https://www.hirunews.lk/english/259484/us-political-unrest-democrats-introduce-article-of-impeachment-against-president-trump