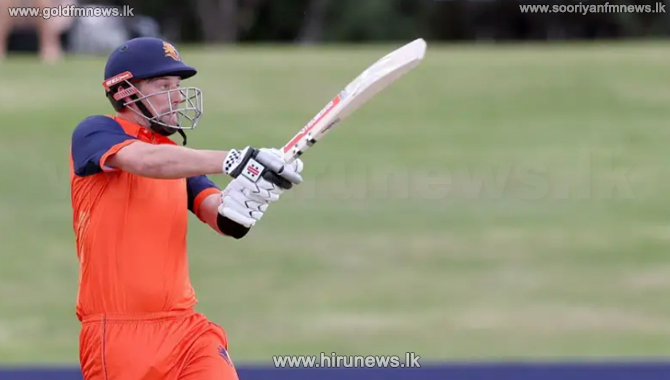 Netherlands captain Pieter Seelaar on Sunday announced his retirement from international cricket due to recurring back problems.

At the 2011 World Cup against India at the Arun Jaitley Stadium in Delhi he returned with figures of 3-53 in 10 overs. During his spell, Seelaar sent Sachin Tendulkar, Virender Sehwag and Yusuf Pathan back to the hut in a span of two overs.

Pieter made his debut for the Netherlands in May 2005 against Warwickshire. His ODI debut was in July 2006 against Sri Lanka at VRA Cricket Ground in Amstelveen.

"Since 2020 my back problems got worse to such an extent that - much to my regret - I am no longer able to give everything I've got," Seelaar said in an official statement, released by Netherlands Cricket.

Seelaar (34) made his debut for the Dutch team in 2005. In 2018 he succeeded Peter Borren as captain. Seelaar is primarily known as an accurate, economical, and effective left-arm spinner.

Moreover, he worked hard on his batting through the years, eventually earning him a place in the middle order.