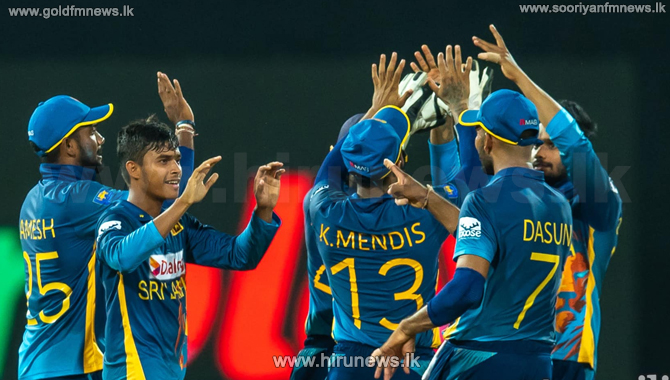 Australia seemed to be flying towards the target at one point, but were ambushed by Sri Lanka's spinners with 70 to get. They limped their way through the late overs, and fought valiantly to take this twisting match to the last ball. But Sri Lanka held on by their fingertips to send a raucous Khettarama into raptures.

After setting Australia a 259-run target, the hosts took wickets at regular intervals until 19 was needed off the last over.

Matthew Kuhnemann made things interesting by hitting three fours in the over to bring down the equation five need off the last ball.

However, Dasun Shanaka dismissed the Australian batter to help his script a four-win win.

Earlier, Charith Asalanka hit his maiden one-day century and rescued Sri Lanka from a top order collapse before Australia bowled out his side for 258 in Tuesday's fourth ODI match.

The hosts slipped to 34-3 after being put into bat first, with fast bowlers Pat Cummins, Mitchell Marsh and spinner Matthew Kuhnemann each taking two wickets.

Glenn Maxwell struck first with his off-spin to get wicketkeeper-batsman Niroshan Dickwella stumped for one in the second over of the innings. Cummins soon sent back Kusal Mendis for 14 and previous match hero Pathum Nissanka fell for 13 off Marsh.