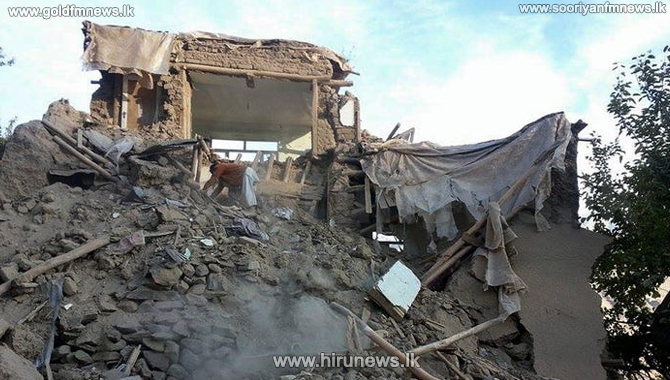 Disaster management officials revised the death toll up to at least 950 and said more than 600 others have been injured, with significant damage to property seen across several districts.

Pictures show landslides and ruined mud-built homes in eastern Paktika province, where rescuers are scrambling to treat the injured.

In remote areas, helicopters have been ferrying victims to hospitals.

Taliban leader Hibatullah Akhundzada said hundreds of houses were destroyed and the death toll was likely to rise.

Another Taliban official - deputy minister of disaster management - told a news conference that the death toll was as high as 920.

The quake struck about 44km (27 miles) from the south-eastern city of Khost shortly after 01:30 local time (21:00 Tuesday GMT), when many people were at home, asleep in their beds.

Earthquakes tend to cause significant damage in Afghanistan, where there are many rural areas where dwellings are unstable or poorly built.