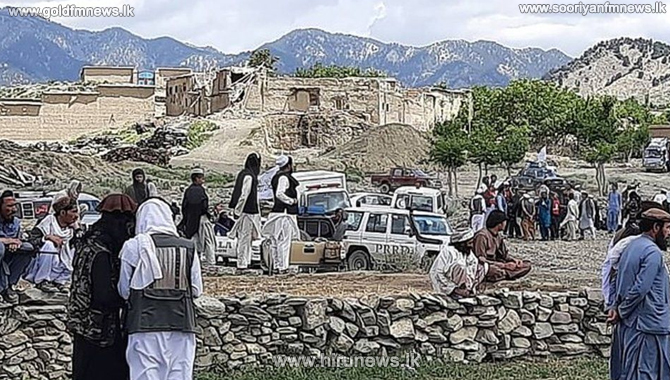 A powerful earthquake today has killed at least 1,000 people and injured 1,500 in eastern Afghanistan.

Pictures show landslides and ruined mud-built homes in the province of Paktika, where rescuers have been scrambling to treat the injured.

Hundreds of houses were destroyed by the magnitude 6.1 event, which occurred at a depth of 51km (32 miles).

It is the deadliest earthquake to strike Afghanistan in two decades and a major challenge for the Taliban, the Islamist movement which regained power last year after the Western-backed government collapsed.

The earthquake struck about 44km from the city of Khost and tremors were felt as far away as Pakistan and India. Witnesses reported feeling the quake in both Afghanistan's capital, Kabul, and Pakistan's capital, Islamabad.