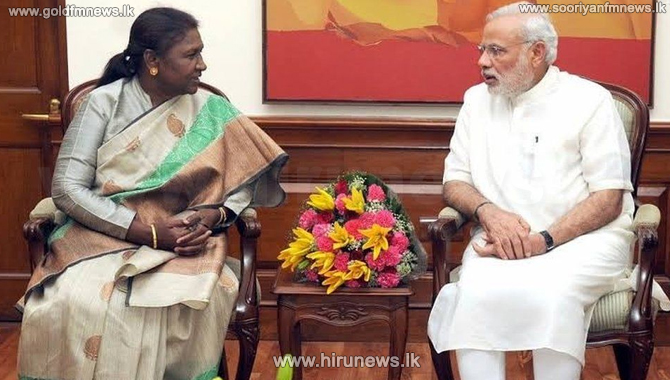 A female Indian politician from a tribal community has been nominated as presidential candidate by Prime Minister Narendra Modi’s ruling nationalist party.

The BJP-led NDA has announced Draupadi Murmu as its candidate for the upcoming Indian Presidential elections.

Ms Murmu, a tribal from Odisha, will be pitted against former Union Minister Yashwant Sinha, who has been named as the opposition candidate. If elected, the 64-year-old will be the first tribal woman to become the President of India.

Ms Murmu's name was announced after the BJP parliamentary board met this evening to take a final call on the Presidential candidate. The board had discussed 20 names for the post and it was decided to pick someone from east India, a tribal and a woman, said BJP Chief JP Nadda.

If victorious, Murmu will be the first tribal woman to be the country's president and the second woman after Pratibha Patil.

The BJP on Tuesday announced Murmu's nomination hours after the joint opposition picked former union minister Yashwant Sinha as its choice for the post.

Soon after she was nominated, Prime Minister Narendra Modi on Tuesday expressed confidence that she will be a "great President". He further said that the former Jharkhand governor's “understanding of policy matters and compassionate nature will greatly benefit the country”. “Smt. Droupadi Murmu Ji has devoted her life to serving society and empowering the poor, downtrodden as well as the marginalised. She has rich administrative experience and had an outstanding gubernatorial tenure. I am confident she will be a great President of our nation,” PM Modi wrote on Twitter.

In another tweet, he wrote, “Millions of people, especially those who have experienced poverty and faced hardships, derive great strength from the life of Smt. Droupadi Murmu Ji. Her understanding of policy matters and compassionate nature will greatly benefit our country.”

Murmu holds the distinction of becoming the first woman Governor of Jharkhand; if elected, Murmu will also be the first president to be born after Independence.

If elected, Murmu will also be India's first tribal President.

The announcement of Murmu's candidature by BJP president J P Nadda came a day after she celebrated her 64th birthday.

Born in the Santhal community, Murmu began her political career as a councillor in Rairangpur Nagar Panchayat in 1997 and rose through the ranks to become a minister in the Odisha government in 2000 and later the Governor of Jharkhand in 2015.

A two-term former MLA from Rairangpur, Murmu held on to her assembly seat in 2009 when the BJD had snapped ties with the BJP weeks ahead of the state elections which were swept by Chief Minister Naveen Patnaik.

Born on June 20, 1958, Murmu also holds the distinction of becoming the first woman Governor of Jharkhand. If elected, Murmu will also be the first president to be born after Independence.

Murmu took her baby steps struggling with poverty in one of the most remote and underdeveloped districts of the country.

Overcoming all odds, she earned her Bachelor's degree in Arts from Ramadevi Women's College in Bhubaneswar and served as a junior assistant in the irrigation and power department in the Odisha government.

Later, she also served as an honorary assistant teacher in the Shri Aurobindo Integral Education Centre in Rairangpur.

Murmu was awarded the Nilkanth Award for the Best MLA of the year in 2007 by the Odisha Legislative assembly.

She has diverse administrative experience having handled ministries such as transport, commerce, fisheries and animal husbandry in the Odisha government.

In the BJP, Murmu was the vice president and later president of the Scheduled Tribe Morcha in Odisha. She was elected as the district president of Mayurbhanj (West) unit of the BJP in 2010 and re-elected in 2013. She was also named as member of the BJP National Executive (ST Morcha) the same year.

She held the post of district president till April 2015 when she was appointed as the Governor of Jharkhand.

Murmu was married to Shyam Charan Murmu and they had two sons and a daughter. Her life has been marked with personal tragedies as she lost her husband and two sons.