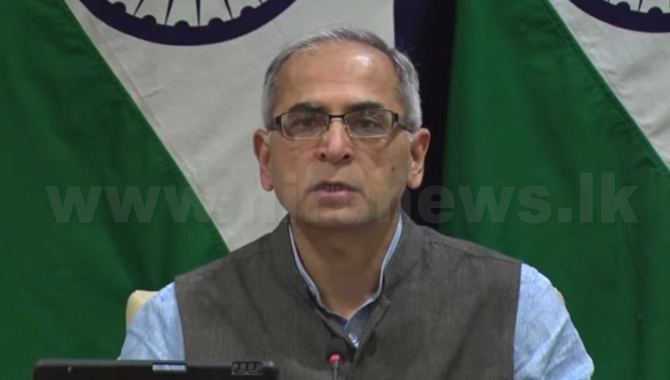 The Indian delegation underscored that the unprecedented recent economic, financial and humanitarian assistance of over US$ 3.5 billion to the people of Sri Lanka was guided by ‘Neighbourhood First’ policy and Security and Growth for All in the Region (SAGAR) vision of Prime Minister Shri Narendra Modi.

During the call on President Gotabaya Rajapaksa, the Indian side thanked the President of Sri Lanka for his commitment to the development of India-Sri Lanka bilateral relations. Both sides had a productive exchange of views on the current economic situation in Sri Lanka as well as India’s ongoing support.

In the meeting with Prime Minister Ranil Wickremesinghe, the two sides had an in-depth discussion on the Sri Lankan economy and efforts undertaken by the Government of Sri Lanka towards achieving economic recovery. In this context, both sides highlighted the importance of promoting India-Sri Lanka investment partnership including in the fields of infrastructure, connectivity, renewable energy and deepening economic linkages between the two countries.

The Indian Foreign Secretary made these remarks during the meeting with President Gotabaya Rajapaksa at the President’s House in Colombo this morning.

Sri Lanka has already received essential food items, fuel, medicine and fertilizer under the Indian credit line facility. The Indian delegation noted that the Government of India and the political authorities are committed to providing continued support to Sri Lanka.

On behalf of the government and the people of Sri Lanka, the President conveyed his gratitude to the Government of India for its significant role in assisting Sri Lanka in difficult times.

Both sides discussed the future course of action of the Indian aid programme to stabilize and revive the Sri Lankan economy, at length.

The delegation also expressed confidence that the country would recover soon after overcoming this difficult period.