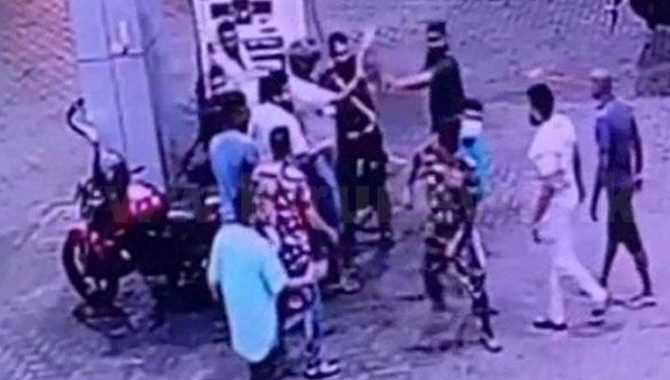 It is reported that an army officer has assaulted a police officer at the Dummaladeniya petrol station in Warakapola last night (22).

The victim is a police officer attached to the Warakapola Police.

The police officer who was assaulted by the Army officer was injured and was rushed to the Warakapola Base Hospital for treatment.

It is reported that the attack had taken place due to a verbal dispute between the Army lieutenant and the police officer who was deployed to guard the filling station.

Warakapola Police have informed the Army about the incident and the relevant Army officer has been arrested.

Furthermore, the Police and the Army Police have commenced separate investigations into the incident.