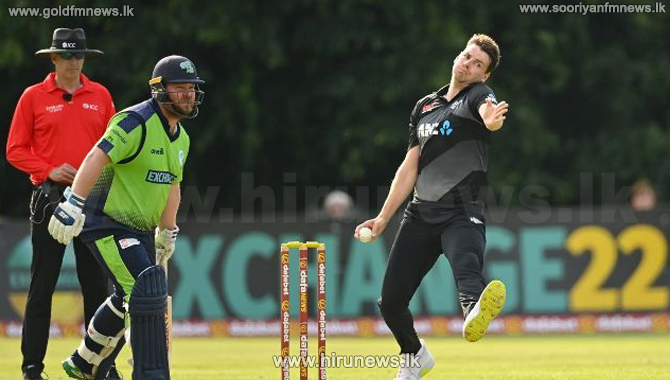 A patient yet effective 55-ball 78* from Dane Cleaver, and a dominating effort from New Zealand's bowlers handed the visitors a resounding 88-run win over Ireland in the second T20I in Belfast. The victory sealed the three-game series for New Zealand, giving them an unassailable 2-0 lead with one game still to go.

For the second game in a row, Ireland captain Andy Balbirnie's decision to bowl first proved costly, as New Zealand posted 179 for 4 in 20 overs. Cleaver, playing only his second T20I, hit five fours and four sixes, and stayed right till the end after coming in to bat at No. 3 in the fifth over.

Then New Zealand's well-rounded bowling unit did the rest, helped in part by some unnecessary attacking shots or risky runs from the Ireland batters. If it wasn't for a 37-run stand for the eighth wicket between Mark Adair and Barry McCarthy, Ireland's total could've been far lesser than their eventual score of 91.

The spin twins Ish Sodhi and Michael Bracewell were the pick of the bowlers for New Zealand.

Michael Bracewell bowling his first over in T20Is, cleaned up the Ireland tail with three wickets in three balls, making him only the third New Zealand bowler after Jacob Oram and Tim Southee to achieve a T20I hat-trick.