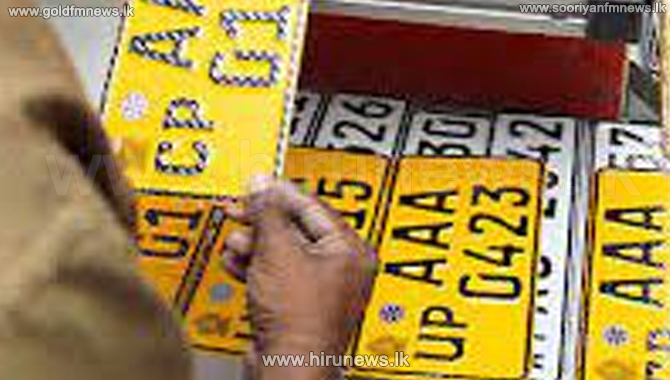 The number plates of the cars and motor bikes used in a spate of killings in the islands do not belong to the said vehicles. These number plates have been stolen from bikes in various areas.

The Police Media Division announced that the Police Stations had received several complaints regarding the theft of motorcycle number plates that occurred in the police divisions of Galle – Harbour police, Tissamaharama, Ahungalla and Kataragama.

During an investigation, it was revealed that the number plates of the motorcycle used by the suspects that shot and killed a person in Rathgama on the 31st of last month, was stolen from the Ahungalla police division.

The number plate of the car used by the suspects where they had shot and killed a person in the Middeniya area on July 26 had been stolen from the Beruwala area. Therefore, the police suspect that the theft of number plates is part of a systematic plan to commit such crimes.

The Police Media Division requests the public to inform such thefts to the nearest police station immediately.