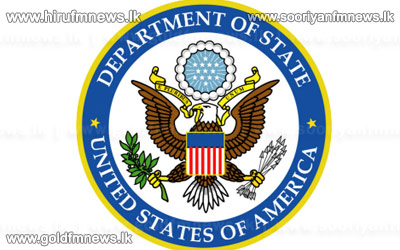 The 2012 Human Rights report by the US State Department was released yesterday, highlighting in it several concerns over Sri Lanka.

Among allegations leveled against Sri Lanka the latest is the harassment of detainees, which indict the police & security forces of acting in an injurious manner.

The US State Department also chargers that those placed under arrest under the Prevention of Terrorism Act are being subjected to harassment when obtaining confessions.

It also notes that LTTE sympathizers as well as journalists are subject to constant harassment by Sri Lanka’s law enforcement agencies there by challenging the independence of the judiciary.

The Human Rights report released by the US State Department also places importance on enacting the recommendations of the Lessons Learnt & Reconciliation Commission.

Speaking yesterday US Secretary of State John Kerry noted that the Human Rights Report of 2012 authored by the US Department of State sends out a clear message to the international community on safeguarding global declarations on human rights.