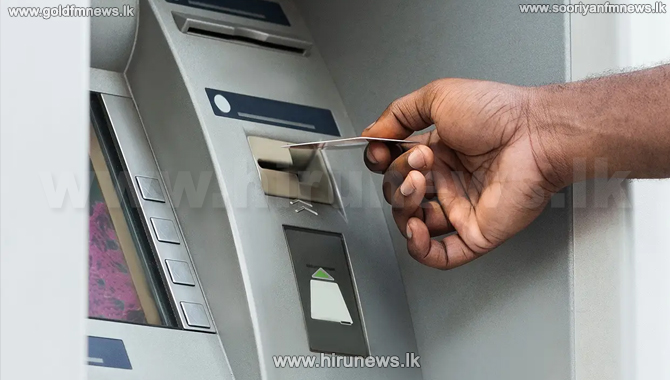 Four masked individuals are reported to have stolen an ATM machine with an unspecified amount of cash from a private bank in Gampola early this morning, the Police stated.

According to reports, the group had dismantled and had stolen the ATM machine at around 12.40 am today.

The group is said to have arrived in a van and had tied up the security officer at the bank after which they had stolen the ATM machine.

Meanwhile, unofficial reports state that the van used for the robbery had been found abandoned in Peradeniya.

The reports further state that the driver of the van was found tied up inside the vehicle.

The suspects have not been identified as yet, while the Gampola Police have launched investigations to apprehend the group.