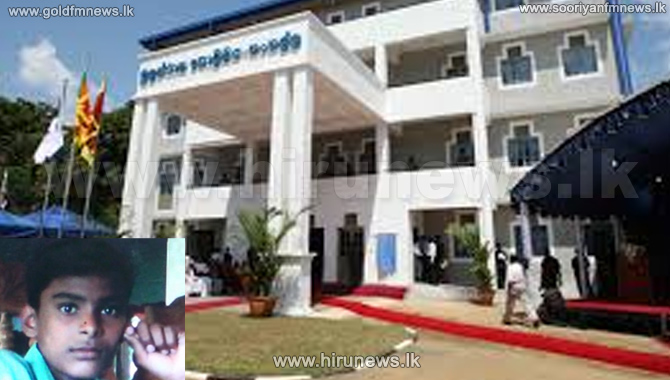 Investigations of the disappearance of G.P. Gayashantha of Yahangala in Bandagiriya have been transferred to Crime Investigation Unit of the Tangalle Division.

Police said that 12 persons have already been questioned in connection with the incident.

Four police teams have been deployed to search Gayashantha and, National Police Commission also called a report over the incident yesterday.

There are no whereabouts of the missing youth reported so far since his disappearance 8 days ago.

Gayashantha was arrested by Hambantota police over a paddy theft charge on September 5th.

However police informed Gayashantha’s family that the latter escaped from police custody while he was being taken for a call of nature.

Meanwhile, 5 policemen including the OIC of the Hambantota police station have been transferred in connection with the disappearance.