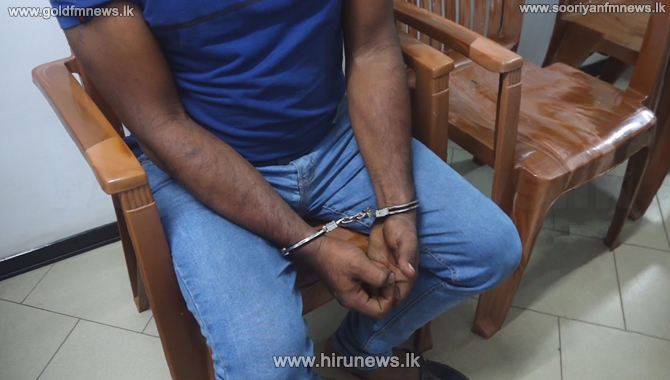 The Athurugiriya Police have arrested a suspect in connection with an incident of molesting a 15-year-old school girl.

It was revealed that the suspect had been harassing the girl for two years by keeping an obscene video of her.

Reportedly the father had seen the girl taking birth control pills recently and this information was revealed during an inquiry into that.

The suspect had previously had an affair with the girl and the relationship had ended at the warning of her father.

The suspect arrested in connection with the incident is to be produced before the Kaduwela Magistrate's Court and the girl was admitted to the Kalubowila Hospital.