Jayalalitha requests for another resolution on Sri Lanka 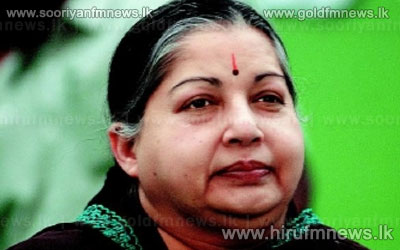 She said that there is information that the US is bringing another resolution and that the Indian government, based on the resolution passed by state assembly, should table a resolution on Sri Lanka at the UN.

However, the Jathika Hela Urumaya is of the view that the Indian Central Government should not pay attention to calls made by the Tamil Nadu government.

Sri Lanka Saturday said it hoped India will vote for it in the upcoming UN Human Rights Council meeting in Geneva.

Meanwhile, Minister for Public Administration W.D.J. Seneviratne told reporters in Kerala that there had been a remarkable improvement in the human rights situation in Sri Lanka.

The Minister also stated that they expect India will vote for it in the upcoming UN Human Rights Council meeting in Geneva.