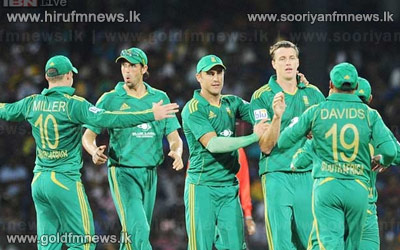 Upbeat with an unassailable 2-0 lead in the Twenty20 series, a rejuvenated South Africa will hope to sign off the tour with a clean sweep when they take on Sri Lanka in the third and the final game today.

South Africa, who suffered a humiliating 4-1 defeat at the hands of the hosts in the recently concluded ODI series, switched to the shortest format with intentions of revenge and showed their dominance in the first two T20s.

Led by Faf du Plessis, the tourist are in the driving seat having wrapped up the series.

For Sri Lanka, their batting is the major area of concern.

Except for Kumar Sangakkara none of the batsmen have come good against the South African pace attack.