The structure of the New Cabinet consisting of 28 Ministries, 40 State Ministries & there functions has been published through an Extraordinary Gazette.


President Gotabaya Rajapaksa through an Extraordinary Gazette notification announced the Ministerial structure consisting 28 Ministries and 40 State Ministries. This includes Ministries that come under the purview of the President and the Prime Minister.

The Gazette notification giving details of Ministerial structure, relevant institutions and rules and regulations was issued this evening (10).

National priorities, policy responsibilities and functions have been taken into consideration in formulating Ministries. State Ministries have been structured to facilitate the achievement of special priorities and the implementation of relevant programmes according to the broad scope of each Ministry.

Special attention was paid to the areas of national security, economic development, infrastructure facilities, education, health and sports in the process of formulation of the ministerial structure.

The formulated structure covers a number of aspects of rural and agricultural development as well as the field of education.

The scopes, priorities, affiliated institutions and legal frameworks of each Ministry have been explained under several subheadings.

The Subject Ministers and State Ministers are scheduled to be sworn in at the Magul Maduwa(Audience Hall) of the Temple of Sacred Tooth Relic premises in Kandy on the morning of Wednesday(August 12) before President Gotabaya Rajapaksa.

Summary from the Gazette  part 1 (translation)
According to Articles 43 (1), 44 (2) and 46 (1) (a) (b) of the Constitution of the Democratic Socialist Republic of Sri Lanka the President has issued a proclamation stating the number of Ministers and State Ministers in the Cabinet and the number of Ministries.

Ministries and State Ministries of the Cabinet of Ministers in line with the “Vistas of Prosperity” Policy Statement assigned to each Minister, including people-centered programs and specific priorities to be met by Subjects and functions, relevant institutions, laws and regulations, in addition to the policy of the Ministers of the Cabinet have been included in the notice.

Further, the Cabinet structure strengthens the rural life and agro-economy in the overall social and economic development and is recognized as an inseparable priority, therefore all the Secretaries to the Ministries are advised and guided by the Ministers will ensure replacement of urban and project staff to strengthen rural and regional office services.

Accordingly, the Secretaries to the Ministries will be the Chief officers are responsible for the Departments, Public Corporations and Statutory Institutions under the Ministry of the Ministry and Cabinet of Ministers.

Roles assigned to a Minister in the Cabinet of Ministers on behalf of his Ministry and details of various institutions and the combinations have been indicated in the 67 page Gazette proclamation. 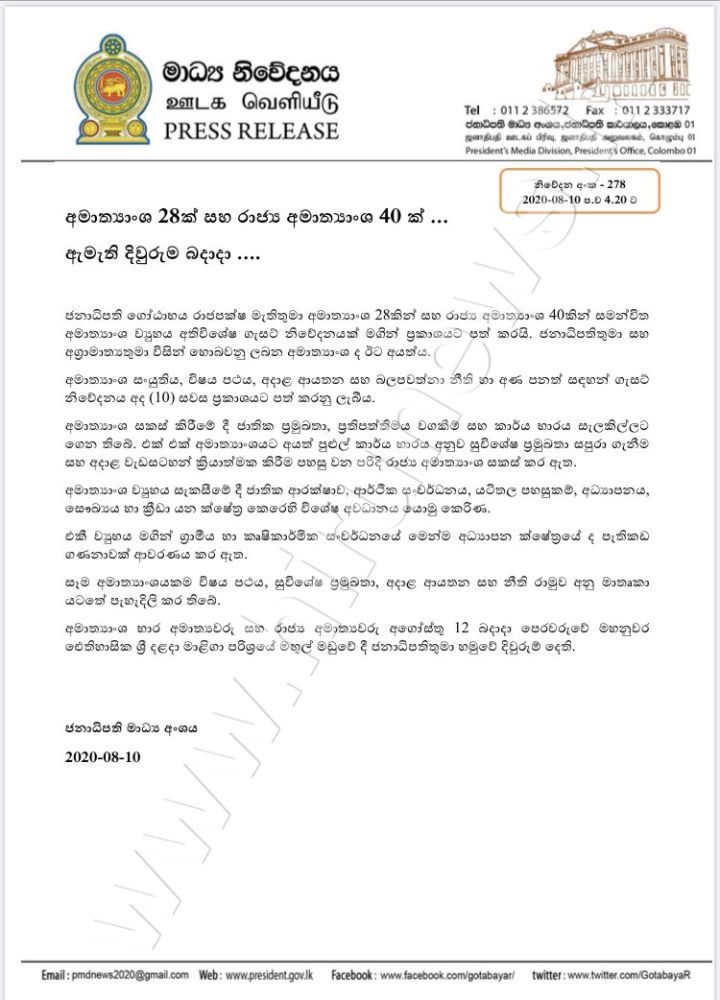 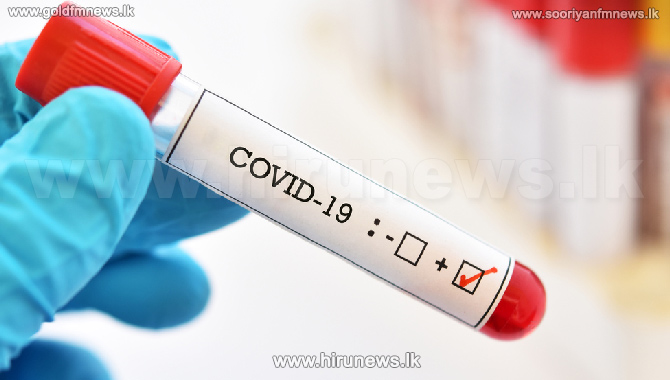