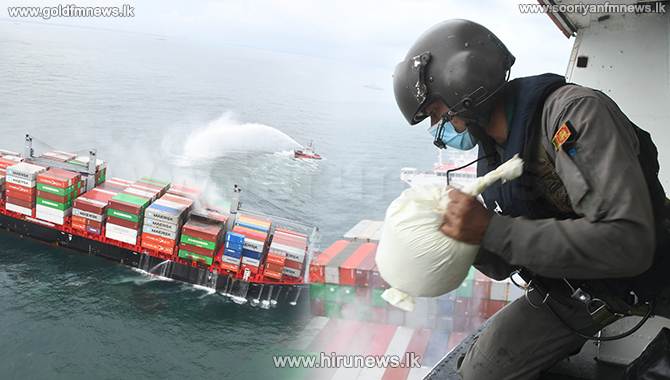 Operations are still in effect to control the fire that erupted on board a container ship ‘X-PRESS PEARL’ a vessel carrying chemicals that is anchored 9.5 nautical miles northwest of Colombo harbour.

A team of officials from the Sri Lanka Ports Authority, Sri Lanka Navy as well as the Marine Environment Protection Authority (MEPA) boarded the ship today (21) evening to investigate the incident.

Following which it was decided that the assistance of the Sri Lanka Air Force will be sought to douse the fire.

Accordingly, a Bell 212 helicopter was deployed to spray a chemical to douse the fire.

The vessel which is registered under the flag of Singapore has carried 1486 containers with 25 tons of Nitric Acid, several other chemicals and cosmetics from the port of Hazira, India on 15th May 2021.

The ship faced this unfortunate occurrence while at anchorage about 9.5 nautical miles off Colombo harbour, having arrived to the location on 19th May before its entry into the harbour.

The distressed container ship has been manned by a crew of 25, who are Philippine, Chinese, Indian and Russian nationals.

MEPA official who boarded the ship to investigate the fire noted that foreign assistance will be sought, if the fire could not be brought under control. 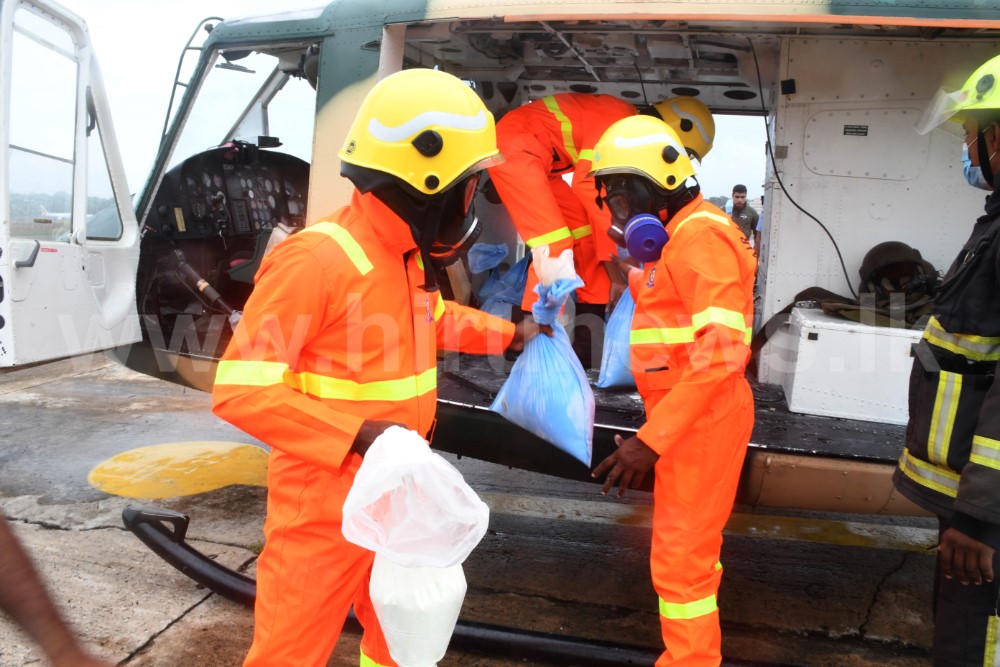 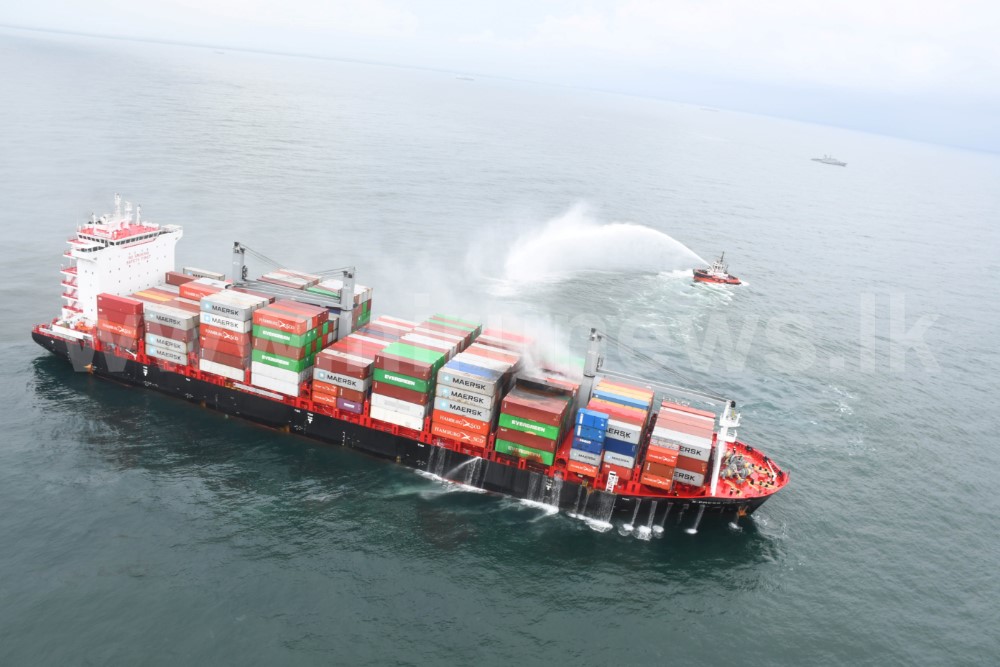 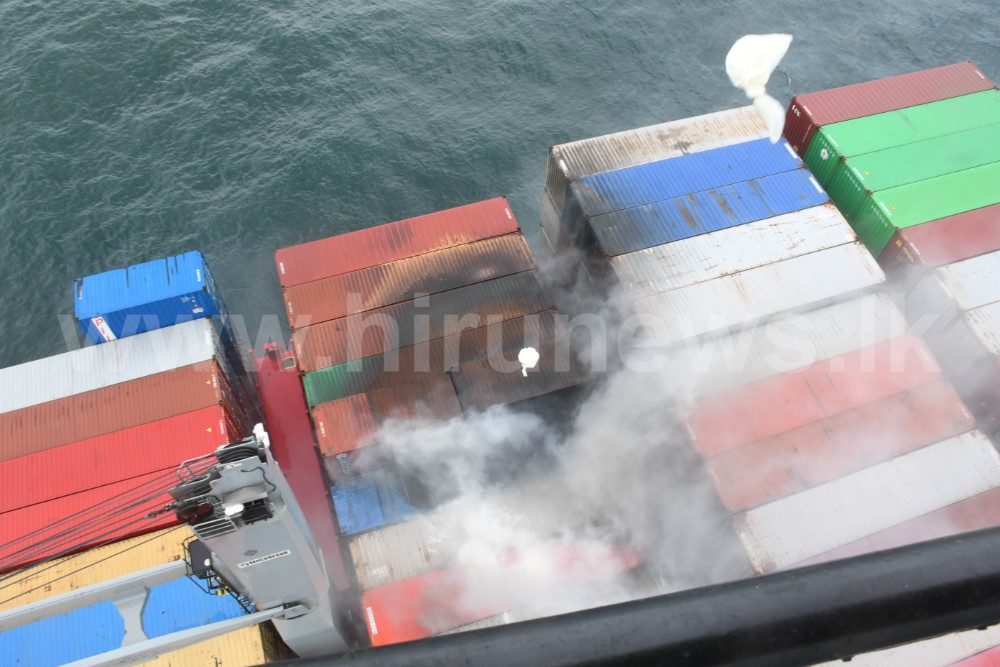 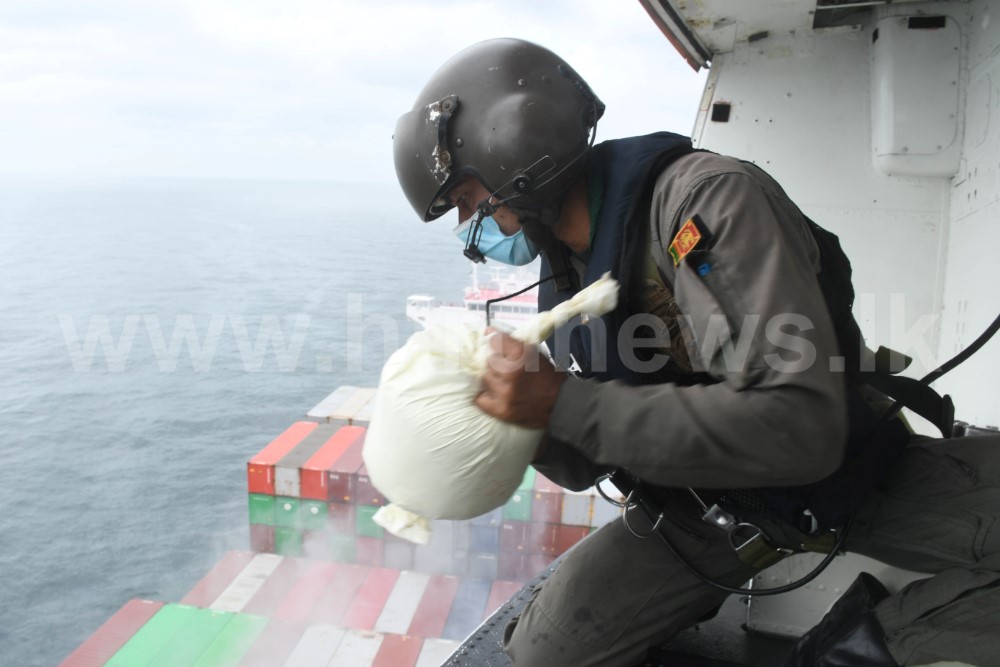 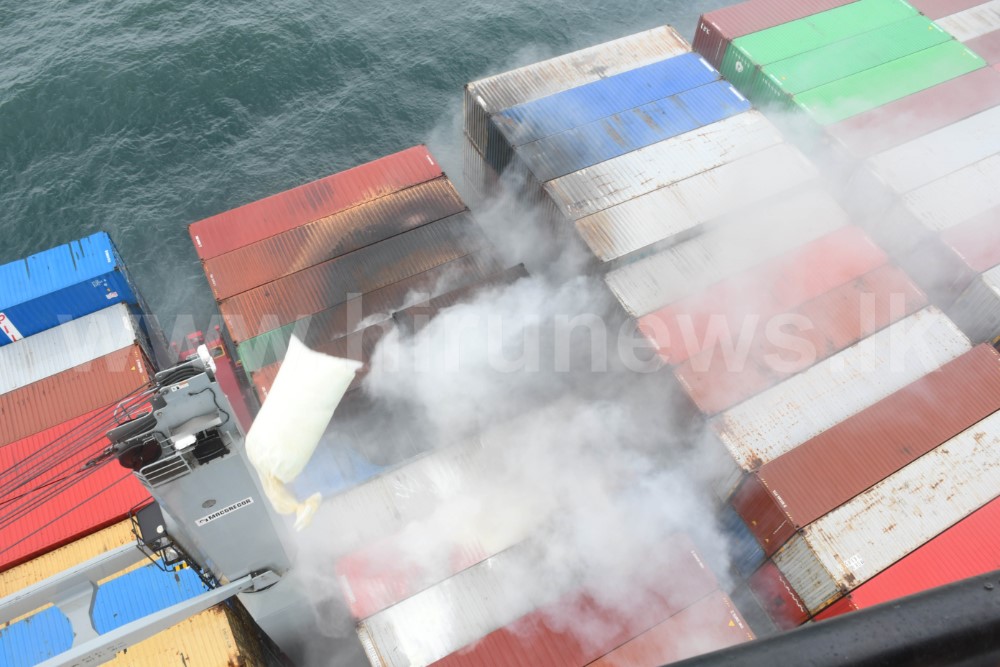