Sapugaskanda oil refinery closed for 5 days; no shortage of fuel. 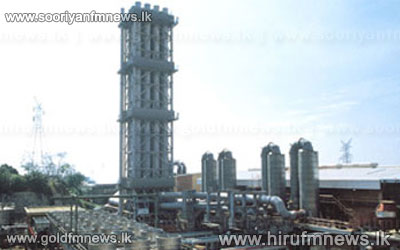 Petroleum Corporation stated that the Sapugaskanda Oil Refinery will be kept closed for 5 days from today.

Managing Director of the Petroleum Corporation Susantha de Silva said that there will not be any shortage of fuel supply due to the closure of the Sapugaskanda Refinery.

He said a tank-ship carrying crude oil from Dubai has developed a technical failure in high seas, and this has caused the closure of the Sapugaskanda Oil Refinery.

The Sapugaskanda Oil Refinery was closed several times in the recent past due to the short supply of crude oil.

When our news team inquired Susantha de Silva for the reasons to the repeated closure of the factory operation, he had this to say.

Meanwhile President of the JSS branch attached to the Petroleum Corporation Ananda Palitha said that the Sapugaskanda Oil Refinery is currently inoperative due to its inefficient administration.